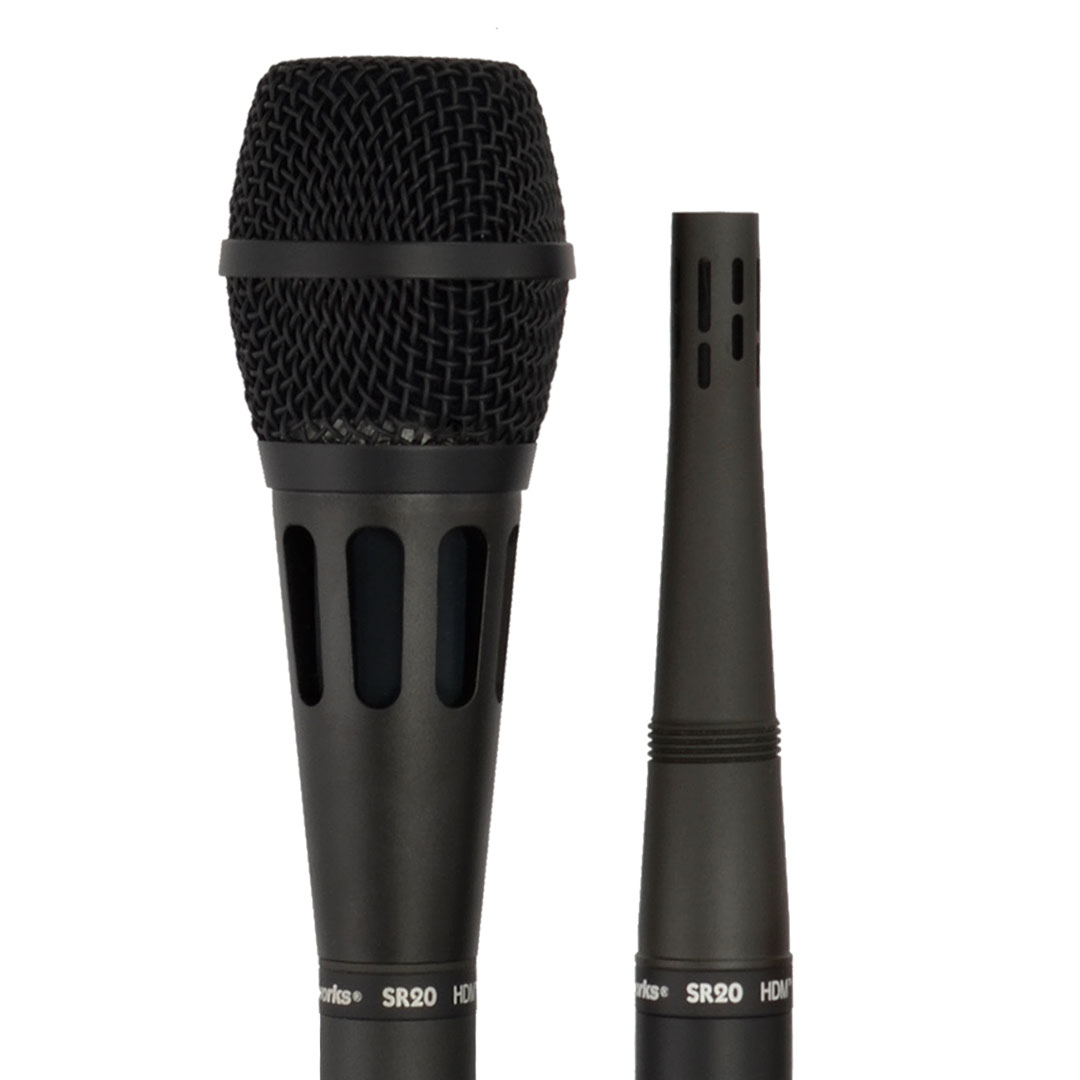 This Mic Is Undercover

That's what we said when we first saw this mic at the NAMM show, We were guilty of thinking Earthworks was mostly for reference, overheads and some instrument miking ... but instrument miking and vocals. Get outta here ! Sure enough that's what they did and in Earthworks fashion it is flat and clear throughout the frontal lobe of the pickup pattern. Sure this may not matter when using it on a fixed guitar amp, but on a vocal it really does make a difference in a live environment. From what we found out later is that this mic is a newer version of the now retired SR69 that had a god awful windscreen that screamed 'send me back to the 80's." The SR20 is, like all Earthworks mics, a condenser with a very flat frequency response from 100Hz to 20kHz, not to be confused with its frequency range of 50Hz to 20kHz. It utilizes a very uniform cardioid pickup pattern to maximize gain before feedback. The SR20 converts from an instrument mic that has the typical Earthworks tapered body into a sleek vocal mic just by screwing on the chamber with the dome and internal pop filter. Compared to the SR40V the SR20 is very light and may be more appreciated by someone who has to hold it in their hand throughout an entire show. The SR20 has a max SPL rating if 139dB so it's not made for the loudest source on stage, that would be the SR40V's job.