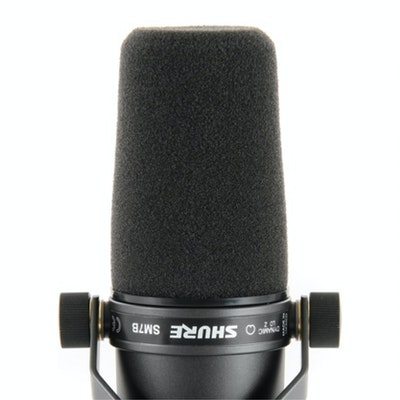 Buy Brand New from Our Store

Buy The Case from Our Store

The Shure SM7B has one of the best bragging points in pop culture history. No other microphone can say that it recorded vocals on the best selling album of all time, Michael Jackson’s Thriller. The SM7B is a dynamic microphone with a flat frequency response from 50Hz to 20 kHz and has a lot of counter measures against mechanical noise, EMI, RFI and plosives (wind screen). Known as one of the broadcast standards for radio talkshow hosts. Also can be used for instrument and vocal mic’ing in the studio. The “bass rolloff” switch attenuates low frequencies below 400Hz and the “presence boost” switch effects the high-mids by +3dB.